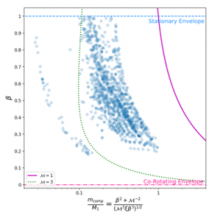 The formation channels and predicted populations of double-white dwarfs (DWDs) are important because a subset will evolve to be gravitational-wave sources and/or progenitors of Type Ia supernovae. Given the observed population of short-period DWDs, we calculate the outcomes of common envelope evolution when convective effects are included. For each observed white dwarf in a DWD system, we identify all progenitor stars with an equivalent proto-WD core mass from a comprehensive suite of stellar evolution models. With the second observed white dwarf as the companion, we calculate the conditions under which convection can accommodate the energy released as the orbit decays, including (if necessary), how much the envelope must spin-up during the common envelope phase. The predicted post-CE final separations closely track the observed DWD orbital parameter space, further strengthening the view that convection is a key ingredient in common envelope evolution.