Share on FacebookShare on TwitterShare on LinkedInShare on RedditShare via Email 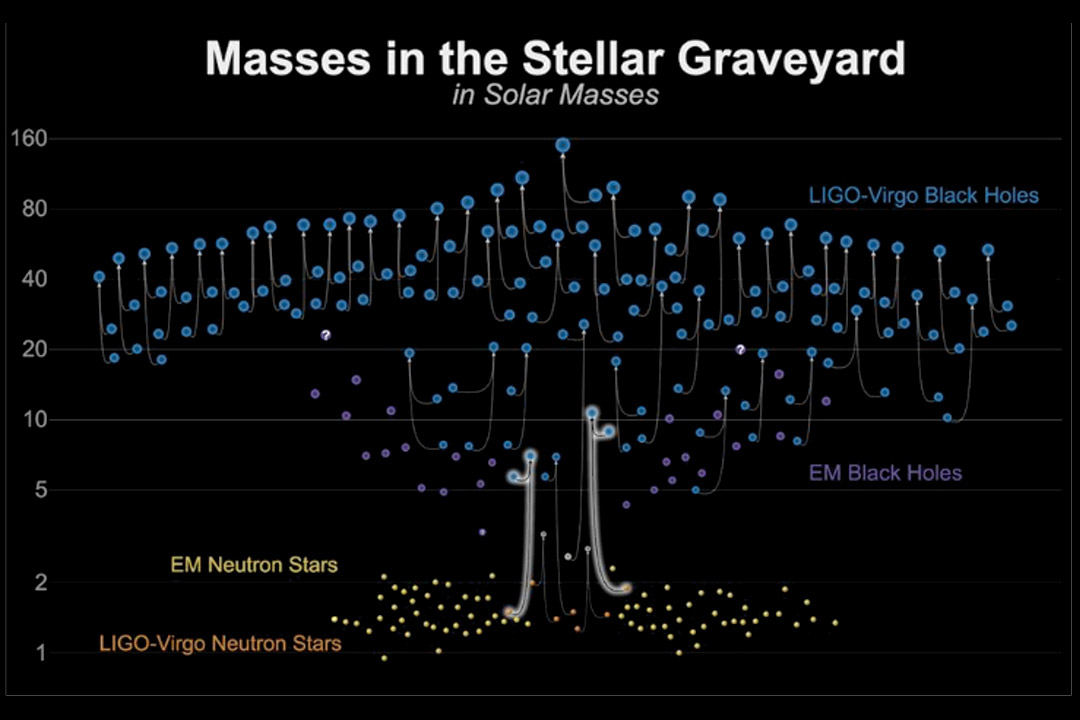 For the first time, scientists detected gravitational waves caused by mergers between black holes and neutron stars. Researchers from LIGO, Virgo, and KAGRA detected the two gravitational wave events—from distances of more than 900 million light-years away—within a span of 10 days in January 2020 during the second half of LIGO and Virgo’s third observing run. Astrophysical Journal Letters published the results and their implications today.

“It’s a real dream come true to be a part of a discovery like this,” said Yelikar. “I was an undergraduate student when LIGO announced the first gravitational wave detection in 2016. It’s amazing to see how far the science has come and I am excited to see what new developments await as the scientific community develops more sensitive detectors.”

The yearlong third observing run was cut short by a month due to the coronavirus pandemic in March 2020 and the fourth is expected to begin in the summer of 2022, bringing more advanced detectors to the fold. Two main theories suggest how neutron stars and black holes could merge—one starting with two stars already orbiting each other and the other starting with unrelated supernova explosions—and while the mergers announced today offer hints about their origins, scientists hope to find more confirmation in subsequent observing runs.

“These elusive systems have long been missing from astronomers’ family portrait of compact binaries,” said O’Shaughnessy. “Now that we see the whole family, we can use this portrait to try to understand their relationships and lineage. For example, at least one of the neutron stars in these objects is relatively big, compared to neutron stars found before. That may be a clue into how cosmic explosions work and how these objects form.”

Scientists did not observe electromagnetic wave counterparts to the gravitational waves caused by the events despite follow-up observations from multiple observatories. However, that is also something scientists will hunt for during future observing runs.

“This discovery is very exciting, not only because it confirms the existence of black-hole-neutron-star binaries, but also because such binaries are potential sources of extremely intense gamma-ray bursts,” said Yosef Zlochower, an associate professor in the School of Mathematical Sciences who develops simulations used to compare against gravitational wave signals. “This leads to the real possibility of future combined gravitational-wave and electromagnetic observations of these sources.”

Professor John Whelan, principal investigator of RIT’s group in the LIGO Scientific Community, said, “With this observation of gravitational waves from yet another type of astrophysical system, the LIGO, Virgo and now KAGRA collaborations continue to broaden the field of gravitational wave astronomy. We look forward to further discoveries as we analyze data from this and future observing runs."

To read the full study, go to the Astrophysical Journal Letters website.